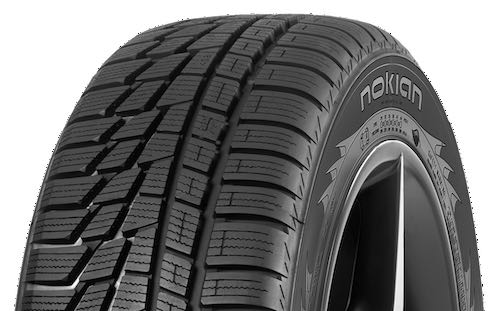 Non-studded tires like the Nokian Hakkapeliitta R3 incorporate many new innovations like the “Arctic Sense Grip Concept” and “Snow Claws” to create excellent grip on both snow and ice. With new innovations in the manufacturing of non-studded tires which makes the need for studded tires less vital. In addition, the new non-studded tires also incorporate new advances in rubber compound, tread design and other unique technologies. The addition of the “Biobased cryo crystal 3” particles to the rubber compound in order to improve grip on ice by grabbing onto the driving surface similar to studs. In addition to the special rubber compound the tread pattern has been especially designed to provide the maximal grip and traction with its grip claws and slash claws providing additional safety in demanding situations. This in turn provides the tire with exceptional grip on ice, snow and wet surfaces. This has made non-studded snow tires the preferred snow tires for many drivers. Whether you choose studded or non-studded tires, they both hold the “Three peak mountain snowflake” (3PMSF) emblem which indicates that the tire meets required performance criteria in snow testing to be considered severe snow service rated.

Curtains, shutters, or blinds are the most common means to prevent sunlight penetration inside our home’s interior. Yet, all cannot provide maximum protection against ultraviolet (UV) rays. Households look for an all-rounder capable of bringing Read more…

If living in an area with a mild climate year-round, SUV all-season tires are good. This flexible tire can be used year-round in areas without winter weather.  This is the case in many areas of Read more…

When you are stopping at the gas station, it is a good time to check your tires. You should basically do 3 things. Check the tires how they look; this is a so-called visual inspection. Read more…